Everybody Needs a Secret Lair

Julia Keller reveals what lures the average person to the unlikely characters of superheroes, who are cramming the action into many a blockbuster movie this year,

The true magic of the superhero lies in the secret hideout. It's what you and I sought in a tree house, in the basement, in that crumbling and deserted old place at the end of the block, promising cobwebs and solace. It's where you go when you want to keep the world at arm's length. 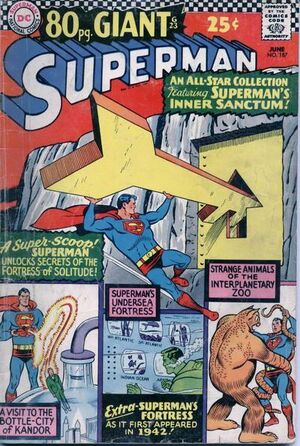 Superman had the Fortress of Solitude. High in an arctic mountain, only accessible by a giant key only he could lift, was this hideout where he kept an interplanetary zoo, his diary, a chess set, complete with robot opponent, a computer, laboratory and even living quarters in case Superman wanted to stay there instead of go back home.
When it was first revealed in comics that Batman had a secret hideout, it was little more than a small cave with a desk, filing cabinet, and a laboratory. As his exploits continued, he eventually accumulated a supercomputer and forensic lab. The trophy room grew to accumulate memorabilia from various adventures, such as a giant penny, a defunct full-sized Tyrannosaurus Res, and many other props to remind him of various battles.

The Fortress of Solitude and the Batcave are the two most famous comic book hideouts. Some lesser known examples include Green Arrow’s Arrowcave, and of course, the Joker maintained the Ha-Ha Hacienda.

One of the only redeeming factors of Frank Miller and Jim Lee's All Star Batman was Jim Lee's double splash-page cross-section of the Batcave. Awesome!

I was actually surprised at how quickly a secret lair for my superhero came to me when writing my Master's Thesis.