Studies after the Masters 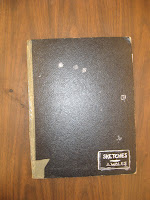 This is a very special sketchbook. Twenty-one years ago, it was a gift to me from my cooperating teacher, Dana Twigg. He illustrated the frontispiece with cartoon drawings of me. Then he had the students and teachers in the school sign it and write any words of wisdom they had for me. It was a large format hardcover sketchbook -- the nicest I'd ever had. 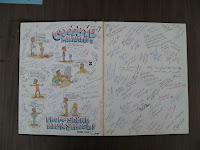 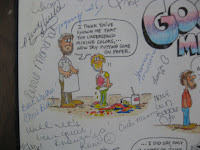 What would I put in it? I have a bad habit of starting sketchbooks and ripping pages out of it for whatever reason. I didn't want to do that with this one. Then I recalled some advice from one of my professors, Dale Witherow. My rendering was okay, but my compositions were weak. He suggested keeping a sketchbook of studies from the masters to analyze how they put pictures together. That's what I decided to do. I've worked in it on and off since then. 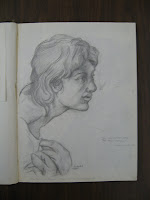 I also enjoy collecting quotes of artists. Usually, on the same page as a study I'll include something the artist said. 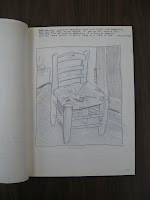 Holy Andar! You sure have been busy. Your blog is becoming one of the best art blogs on the www.

Andy, nice to see that your sketchbook has grown with you as you have become a noted artist and educator in our area. Glad to have been part of your journey.
Dana