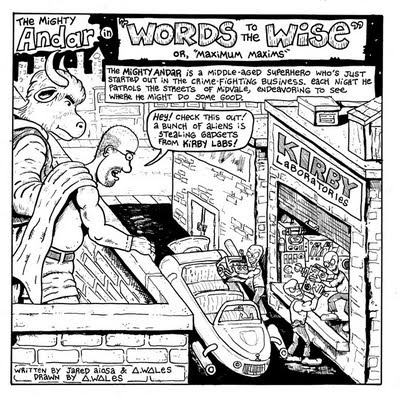 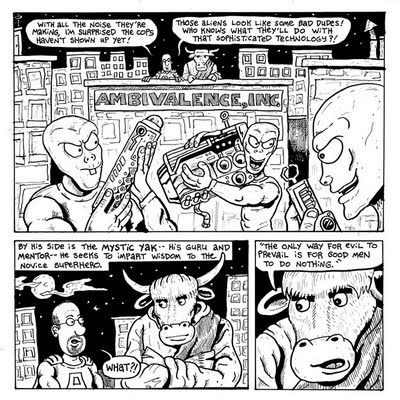 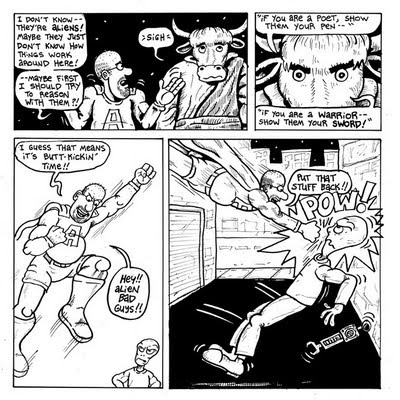 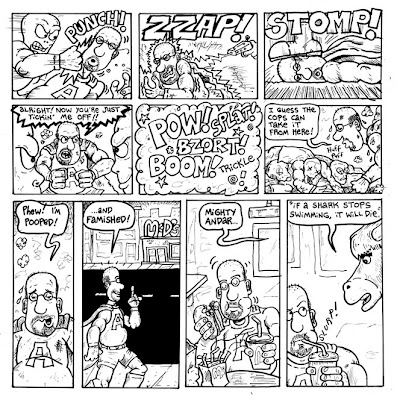 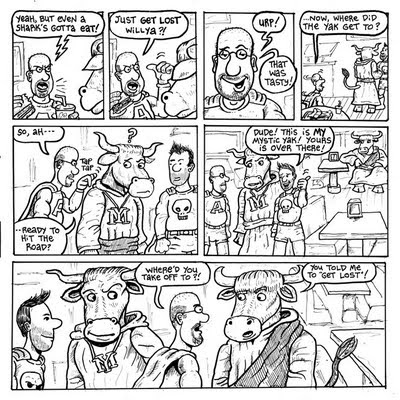 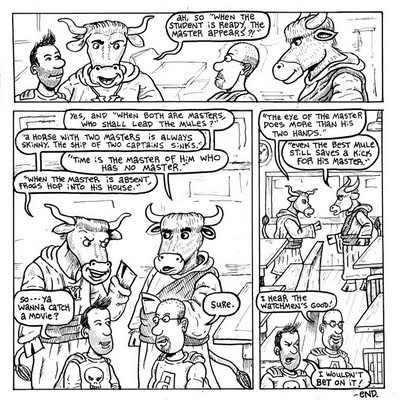 Do you remember me telling you about the six-page comic strip I had published in the Fluke anthology? Well, the deal was, I had to wait six months to publish it elsewhere. Your long wait is over and now you can read it!

Being part of that book was a great experience, and I'm really proud of this work. It is different in a different format than I usually work in, and for the first time, I worked with a co-writer. Some of you may know Jared Aiosa, proprietor of Heroes Your Mom Threw Out Comic Shop. After reading the first issue of Eclectic Comics, one day he hastily scribbled down some stick figures and some illegible writing and handed it to me. After he explained what it was, I realized it was a really great idea for a comic strip. When I wanted a six page story for the Fluke book, I realized that this was the best idea I had for it. Those of you who know Jared might notice that the the superhero bystander in the story kind of resembles Jared. Well, that's what I was going for anyway.

This story will also show up eventually in Eclectic Comics, but in the meantime, enjoy it here!
Posted by Unknown at 10:40 AM

Haha! Awesome :-) In high school I wrote a story about a kid (me) who had a "high council" of wise men in his head, advising him on what to do. But they'd just end up arguing by spouting proverbs and sayings :-)

Impressive. I enjoyed it very much.
Till again, Wayne

What a run of wise master quotes! Really fun reading, as usual. Andar has a pretty good left hook, too.