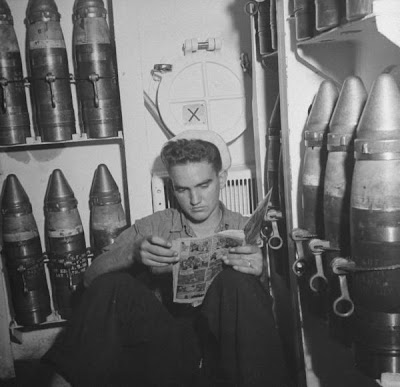 Some people think comics are just for kids. Others think that comics for adults is a relatively new thing. When I researched the history of comics for my master's research project, I learned that they were quite popular with men in the armed services during World War II. It was said that they were “passed from man to man until there is nothing left of them” (Zorbaugh, page 198). The New York Times reported that during wartime, one of every four magazines shipped to troops overseas was a comic book (Wright, 2001). I just recently saw these photos online, and wished that I had found them when I was working on my research project In Defense of Comics. 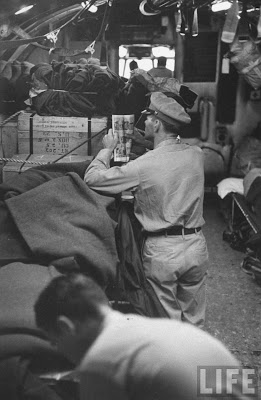 For a second, that first photo like Elvis Presley reading a comic... but the date would be wrong.