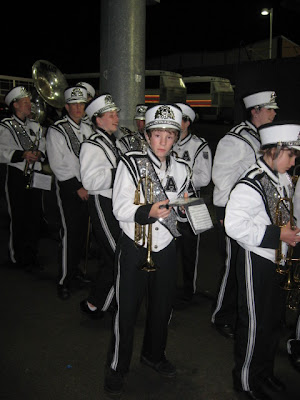 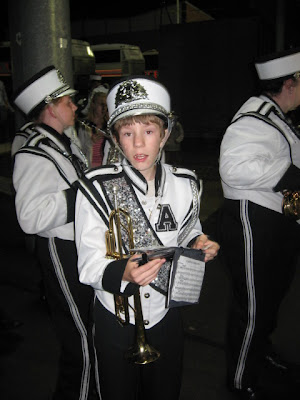 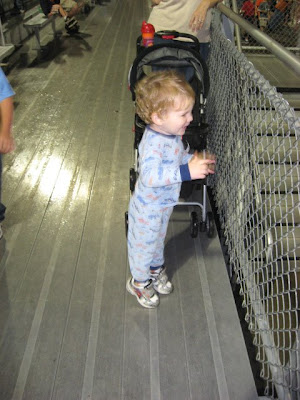 My son David is in marching band. Nathan, who is two, calls his brother Dae-Dae (I'm DaDa). Nathan was so excited to see his brother play. He was jumping up and down and saying, "Danse! Danse!" every time he heard music.

The marching band is playing Beatles songs -- my favorite group. David wanted to put their songs on his mp3 player so he could learn them better. The kids used to complain about me playing the Beatles. Now one of my kids is turning into a Beatles fan --- Mwa ha ha ha! (sinister laugh).
Posted by Unknown at 7:08 PM

Dave you look great in that uniform!

I've always done a healthy mix of Beatles songs in my (music) classes -- Parents love to hear their kids singing the "old classics"!