The Bride Wore Black -- Sketches and Photos from a Wedding 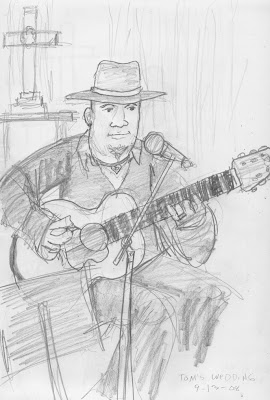 Yesterday my brother got married. It was quite a unique rock and roll wedding. Tom has his own Christian rock band which is quite good, and they played some songs during the service, including one love song that Tom wrote for his bride Lea. Of course, the wedding had a rock and roll theme in which everyone wore black and the bride even carried a black rose. The service was unconventional, but touching.

I've been inspired by James Gurney to try to draw more from life, so while the service was going on, I sketched. I was able to do two quick sketches. My camera's batteries gave out, so I was only able to take pictures after the service. 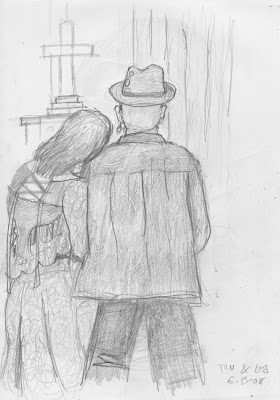 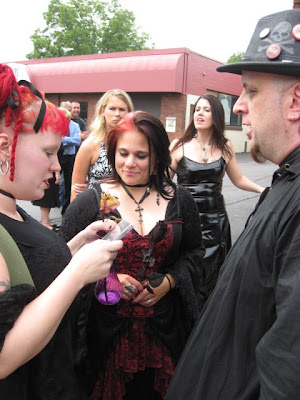 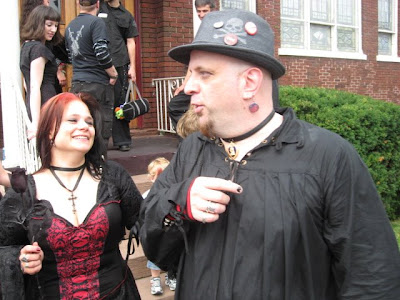 Lea laughing at Tom. He is a funny guy. They are very happy together and perfect for each other. 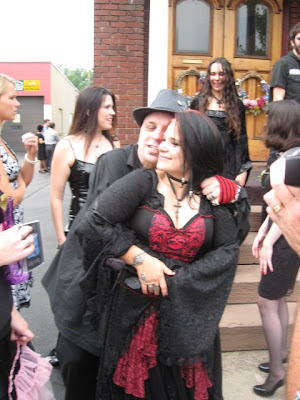 Get a room, you two! 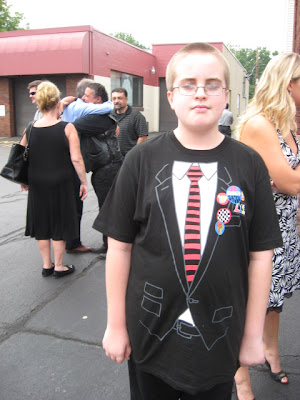 This is Tom's son Max. He looks dapper in his tux t-shirt. You can see that across from the church was a comic book shop! During the reception, Max, Dave and I snuck over to check it out. 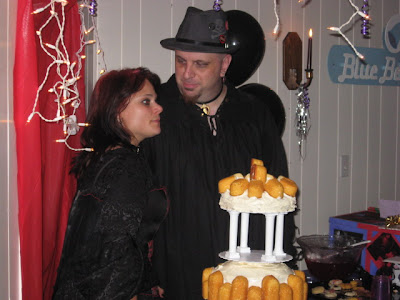 Tom's nickname for Lea is "Twinkie", so one of their friends had the crative idea to make a Twinkie wedding cake, which they cut into with a medieval dagger. 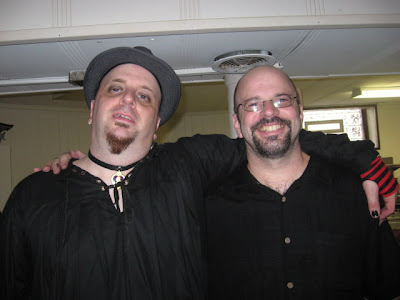 Little brother Tom and me.
Posted by Unknown at 2:41 PM

Rock on!!! Lots of happiness!