Marvel Mice -- Pages from my sketchbook

One of my greatest sources of inspiration is the Marvel comics from the Silver Age. Sure they were hokey, but fun -- and I think a lot of comics creators then didn't take themselves too seriously.
My favorite book as a kid was Runaway Ralph by Beverly Cleary. I also liked books like The Borrowers, where an entire world of little creatures went unseen. Later as an adult I enjoyed things like the Redwall series and anthropomorphic comics like Usagi Yojimbo.

I think my T.A.I.L.S. comics work is a combination of these two kinds of influences. Below are some sketches from my sketchbook -- call them "studies after the masters" if will. I think they're all sketches of Kirby's work, but re-imagined as mice characters like mine. 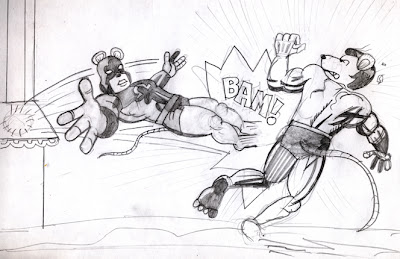 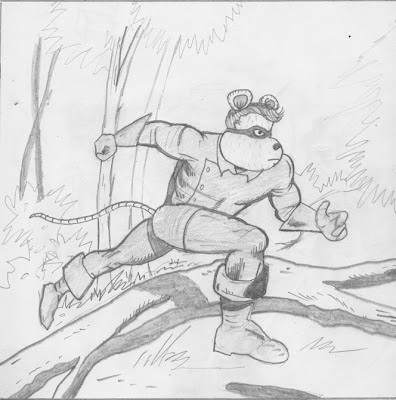 I like the composition of the second one best out of these three.