Just got back from having a very enjoyable four days in New York City. I was invited to submit a proposal to present at the National Conference of Teachers of English on the topic of using comics to teach literary devices. My proposal was accepted and I traveled with my fellow members of the Endless Mountains Writing Project to New York City.

It never would have occurred to me to attend a conference for English teachers, but there were dozens of sessions that dealt with the integration of the visual arts into language instruction, etc. And, there was almost always at least one session going on that dealt with using comics to teach! 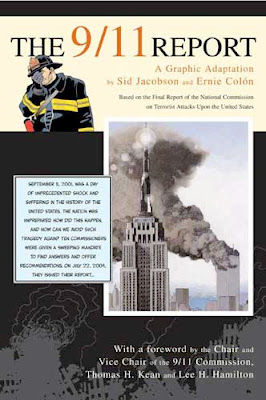 One of the highlights of the trip was meeting Sid Jacobson and Ernie Colon, veteran writer and artist of the comics industry. They are also the editor and writer of the fantastic new graphic adaptation of the 9-11 Report. They basically took something that was unreadable to most people and made it understandable through graphics in the comics format. This book is being used in high schools and colleges now. At their session they explained the process of making the book and answered questions about it.

I picked up a free copy of the book and asked them to sign it for my son. They wrote "To Dan the Man". Ernie is most famous for the 25 years he spent drawing Casper the Friendly Ghost comics so I asked him to draw Casper in my sketchbook. Sid remarked, "You still got it!" 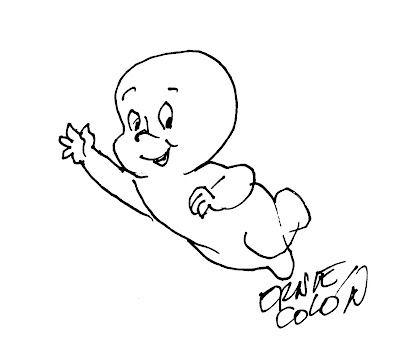 I read their book and highly recommend it. I'll post one page of it below to give you an idea of the quality. It's not a dramatization. They are trying to remain objective and present the facts for us to draw our own conclusions. 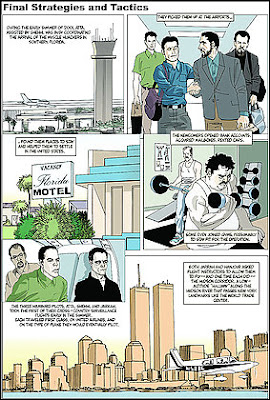