The Many Faces of Wisdom 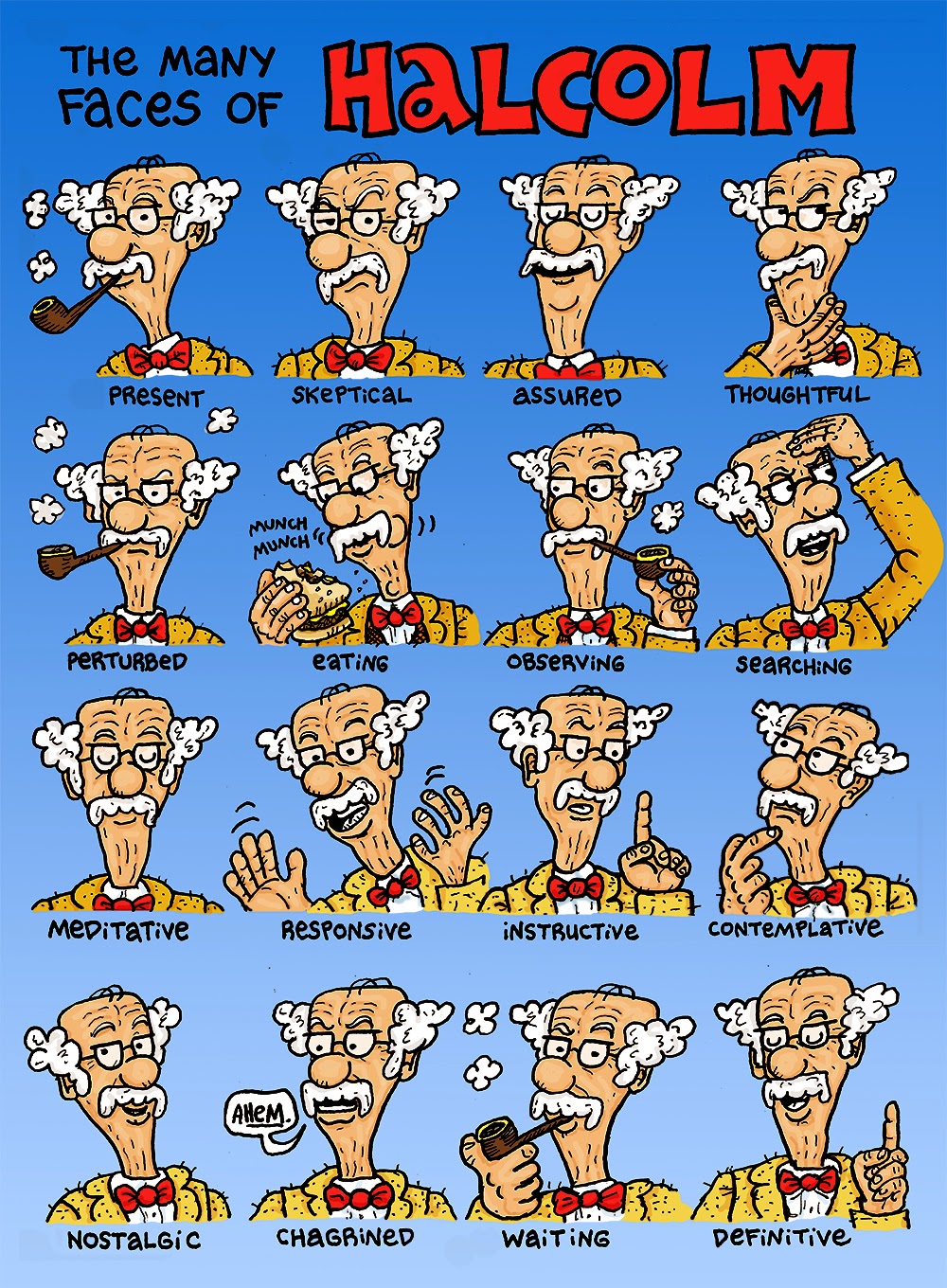 In my interactions with my imaginary sage and mentor, Halcolm (pronounced "How Come?"), I have observed many changes in his countenance.  He is at times responsive, at times chagrined with his disciples, but always present and definitive.

One of my challenges to my Art 6 class is to create a cartoon character, and then draw that same character with many different facial expressions.  Occasionally, I do one along with them of one of my characters.  Some sprang instantly to mind, and then I went back through the comic strips he appeared in and made sketches of significant ones.  It is interesting that there are some expressions your character would not have -- because it would be out of character!

I first experimented with this exercise using the book Cartooning the Head and Figure by Jack Hamm.  It's a classic, a book I've returned to again and again since I bought it as a teenager.  I've since created my own guide for students to refer to.  I encourage them to look at the work of others to see how artists simplified, exaggerated, and used simple lines and symbols to represent a specific emotion.  When we think of an emotion not shown on our guide, we ask a friend to pose for us.

Challenge:  Try it!  Create a character. Draw the same character 12-16 times.  Try to keep the basic structure of the character the same, but with distinctly different emotions each time.
Posted by Unknown at 5:41 PM