Once in a while, someone will look through one of my comics (that take about a year to make) and say, "It's too bad it's not in color."  To which I reply, "YOU are a COLOR SNOB!"

Actually, I have nothing against color.  But there are certain comics that I like that I think look great in black and white, and I don't think everything has to be in color.  These comics have an aesthetic of their own.

I wouldn't be against coloring my comics, but it would definitely slow down my output to color each comic, and make each comic cost about four times as much.  However, I do like to experiment with it from time to time in my comics.  I colored this comic with Crayola markers and Prismacolor pencils.  I enjoyed experimenting with Van Gogh style lines and colors to suggest emotional states. 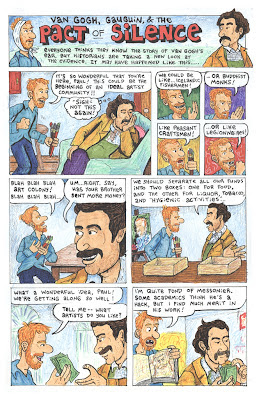 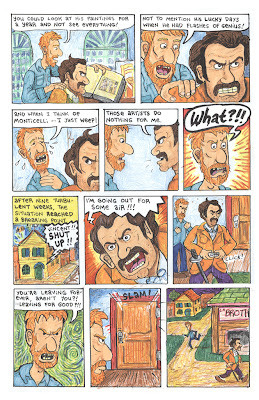 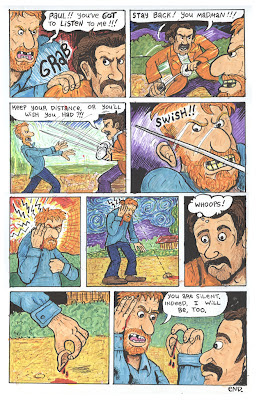 Now that's striking! Looks like a "Best of" comic, deluxe edition is in your future. I had some fun bringing up the b & w version and comparing. Enjoyed the story all over again!