While I was out, my four-year-old son made his first comic book. He made four pages of story and then ran around the house looking for tape to put it together. He even used speech balloons to show who was talking. He told me what was going on in the story, so I'll narrate the comic with his words. 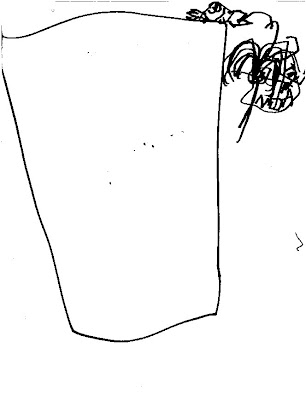 1. Mary Jane is falling off a building. Spider-man is catching her with his webs. 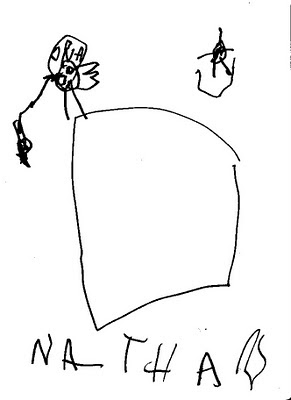 3. Mary Jane is falling off a building again. Spider-man says, "I saved you!" The "Green Glob-lin" is flying in the sky on his glider. 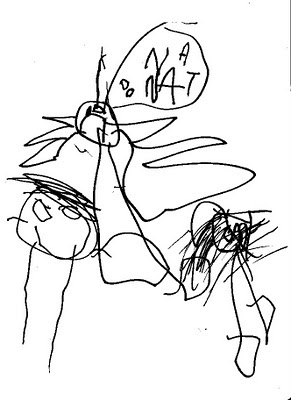 4. Now the Green Glob-lin is in jail. Peter Parker is there with Mary Jane.
Posted by Unknown at 3:55 PM

Awesome, Nate! You're off to a good start!

It's a proud day for a father when his son draws his first comic book. My favorite part is, of course, the "Green Glob-lin." Thanks for sharing.

Dear Andrew and Nate,
This is wonderful! I love the name "Green Glob-lin".... it suits rather well, doesn't it!
Best,
Melinda

V cool, Nate and proud poppa. Thanks for sharing. N