In lieu of aftershave and ties, I asked my kids to make me a comic strip for Father's Day instead. I know they're broke, and I've got enough Brut by Faberge. Well, before I share their comics, let me show you this piece of art (above) first. I sat down with the first graders one day while they were making Paper People (they aren't called Paper Dolls anymore). I made a set that looked like my family. I brought it home and put it where all great art goes -- on the fridge.

The trick to making Paper People is to fit all the details for each person within the same general shape. The uniformity and repetition evokes a child-like aesthetic. My daughter Anna (third from left) had just gotten a haircut that was alarmingly short. I was soon to pay dearly for my frank, but accurate portrayal, as you will see later. 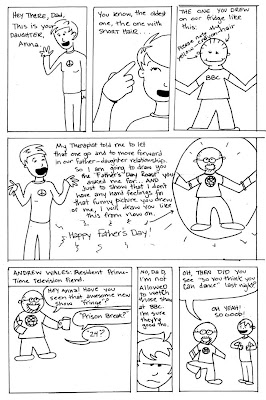 My daughter attends BBC, or Baptist Bible College. It's a good school, but they're pretty strict about what they allow on the television in the lounge. I have to keep her informed on what she misses because of this media blackout.

Next comes David's. First, he draws Andar as he might behave if he were under the control of the Puppet Master. 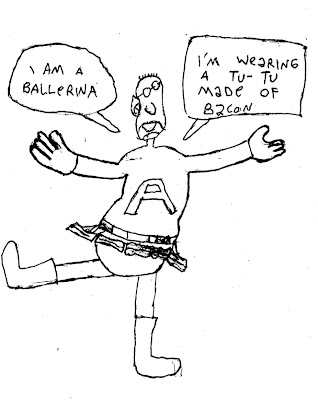 Next, it appears that someone has turned me into a snowman. I really like my Father's Day gifts! 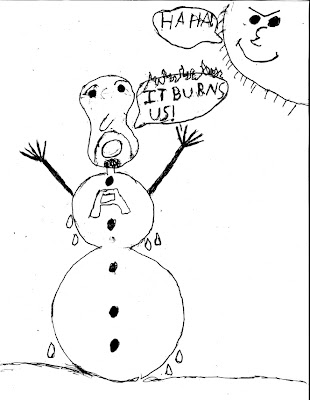